Thursday, the Sisters had their car broken into - someone smashed a window in and stole some clothes and other stuff. Honestly, I'm a little surprised that doesn't happen a lot more around here.

Tuesday, we got our tire repaired because we got a screw in it.

Thieves aren't the only source of damage:

While we were walking around, it started dumping, and continued to dump for a few hours. We were trying to avoid the puddles (ponds?) and the flooded streets. The drainage system was draining - it simply couldn't drain all the water coming down fast enough. We were almost back to the car, when we came across another puddle that we had to walk through. This one was deep enough that it covered our ankles. After walking through 20' of ankle-deep water, our shoes weren't any more wet than they were before the puddle. There is a road that goes down underneath a bridge near our apartment, but the drains underneath there clogged up during the storm, so that road is closed because there is currently still three feet of water covering the roadway.

Saturday, our district helped someone...move in. It'll be nice having someone else coming to the ward - average sacrament attendance is usually in the 40's.

Next week, we will get to go to the temple, so our P-day will be on Wednesday...

Not that much content this week, but lots of pictures! 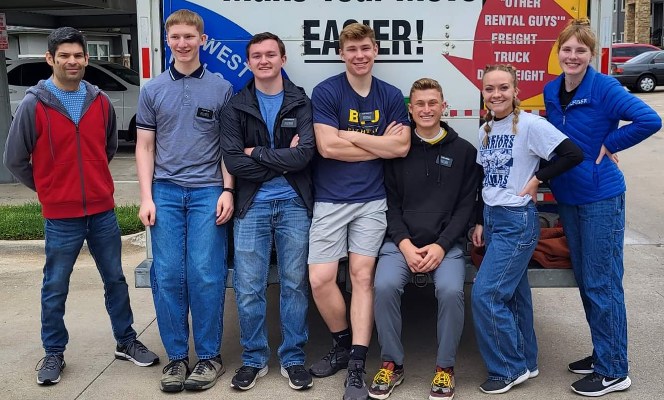