Monday was the 4th.... Normally, P-days are on Mondays, but President Larkin wants us to be out and about on holidays when more people are home. Two problems with that.

We had hamburgers and hotdogs for lunch at [a member's] house. In the evening, a couple of firework shows were visible from our apartment, so we stood outside and watched the fireworks.

Tuesday was P-day. We went up to Livingston and went fishing up at a member's house. I caught two fish.

Thursday, we went with the Spanish Elders and helped clean up a burnt house.

Saturday they drove around looking for an online refereral out in the middle of nowhere, They saw lots of things and met lots of people, were yelled at, told that they could've been shot at, and eventually they gave up.

Sunday was the hottest day, at 106 degrees, with the heat index being at 109 degrees. But at one point, and rain cloud decided to dump just south of us. Down there where the Spanish Elders were, it dropped the temperature down below 80 degrees. But here, all that cloud did was raise the humidity, and did nothing to the temperature. 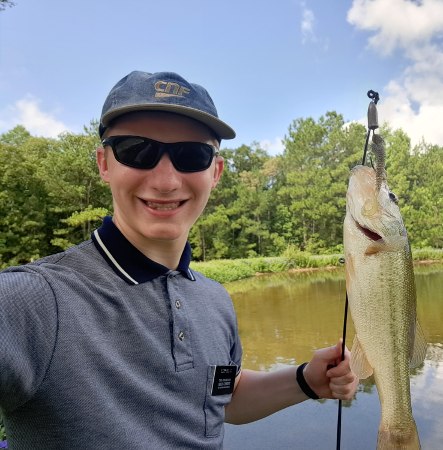