Monday, the four of us in the Duplex, along with the Cleveland Sisters, went on a hike in the Sam Houston National Forest. Yes, it is a respectable forest, with large trees, underbrush, and a couple of friendly dogs that showed up out of nowhere. The Sisters had other stuff to do in the afternoon, so the four of us Elders went to the church building; the other Elders called their family, and I did several things, among which was climbing all over the basketball hoop.

Lots of service this week, much of which seemed to involve digging holes in 100deg weather. 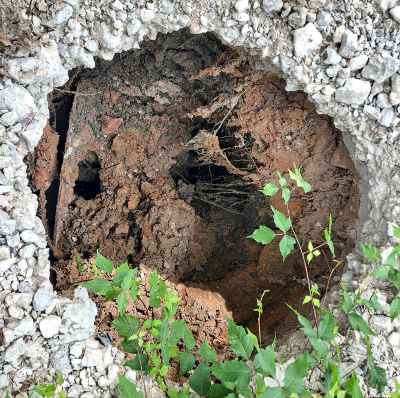 Who needs to dig holes, when 6' deep monsters appear "naturally" in the road? 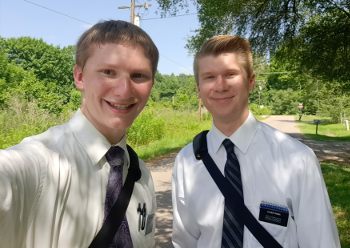 How can you smile after digging holes in 100 degrees? 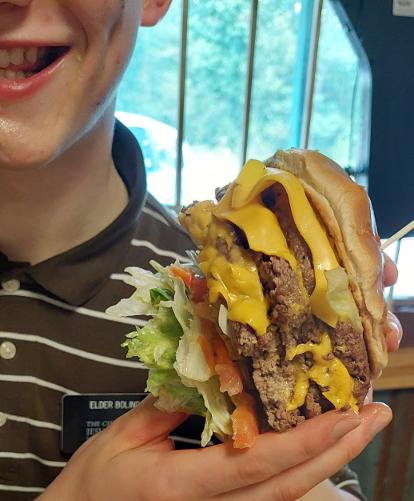