Monday, our district was planning on going down to Gator Country. There, apparently you can hold alligators, see some shows, and other cool stuff. Then we got a call from the missionaries who live near there, and they said that it was raining down there. Apparently when it rains, they don't hold the said shows, and the gators aren't out nearly as much. So, we instead just went to the church and played volleyball like every other P-day. Which honestly I'm fine with.

Wednesday, Elder Scott and I went down to the farthest corner of our area to help a member unload a uhaul. We also requested the assistance of the Zone Leaders, because the members asking for help really wanted extra help. When Elder Scott and I got there, we found that they had unloaded basically all of it the day before, and the only two things left were a couple of safes and a fridge. So we messaged the Zone Leaders (who were on their way, but not there yet) to tell them that we didn't need their help anymore. Elder Scott and I unloaded the safes and the fridge (super easy with a furniture dolly), then finishing an hour earlier than usual, we headed over to the Orange chapel for interviews.
That evening, we had a lesson with Chase, our most progressing person, about the Sabbath Day and keeping it holy. He was laid off his old job last week, so we were hoping that his schedule for his new job would allow him to come to church! Unfortunately, he now works twelve hours a day, seven days a week.

Thursday, Elder Scott started vomiting. So we didn't go out that day. He felt mostly fine, except for vomiting once.
Wait, we did go out that day. We helped another person move a safe. This one was 400 pounds. When we got there, we found that we had to unload the entire moving truck first. So we did that.

Friday, I taught District Council. It was about working with Stake and Ward leaders, but also with members in general. That afternoon, Elder Scott and I helped a part-member family paint a chicken coop. I only got one tiny bit of paint on my pants! I think it was more paint than I got on myself when painting the Ga-Ga Ball pit.
We then went on exchanges with the Zone Leaders. I was in my area with Elder Melver, and my companion Elder Scott was in the other area with Elder Barr. We had three lessons that evening.

Saturday, we unloaded a trailer into the church building. Apparently there was a lot of the YSA Elders stuff in the Institute building, and the church sold the building without telling the Elders. Not personal stuff, but stuff that belonged to the mission and church. That was last week. Today was the only day that the new owners let the Elders grab all of the stuff and leave. So we spent an hour or so eating pizza and helping with that.
Later that day, Elder Melver and I were going Street Contacting, and came up on this one house that had a Uhaul in front of it. We offered our help, they accepted, and we spent the next 20 minutes or so unloading the Uhaul while trying unsuccessfully avoid a dog with some of the muddiest paws I have ever seen.

Notice a theme of unloading uhauls, or something similar?

Sunday was Mothers Day. BTW, Happy Mothers day, Mom. Before we went out, I applied sunscreen like usual. But this time, I apparently jiggled my nose too hard while sunscreening it, and it started bleeding. That's not the first time that's happened to me. At dinner, the last bacon cheese wrap (a slice of bacon wrapped in cheese) sat wrong in my stomach and hurt for the rest of the evening and into the morning. Not the most pleasant thing ever.

This week, Elder and Sister Dickman, the Vehicle Coordinator and the office secretary, finished their missions and went home! I will miss them.

As usual, my companion and I do not agree on temperature preferences... 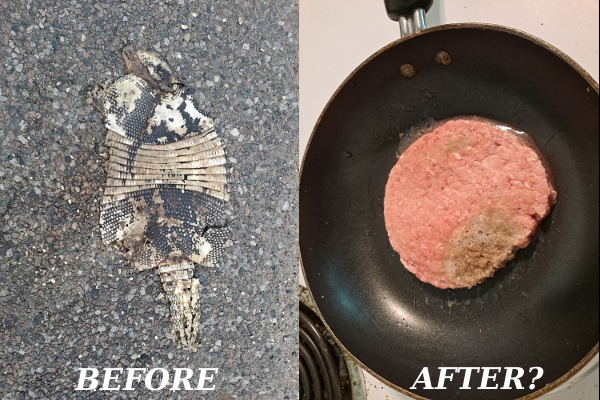 2 of the photos sent this week -- related or not?